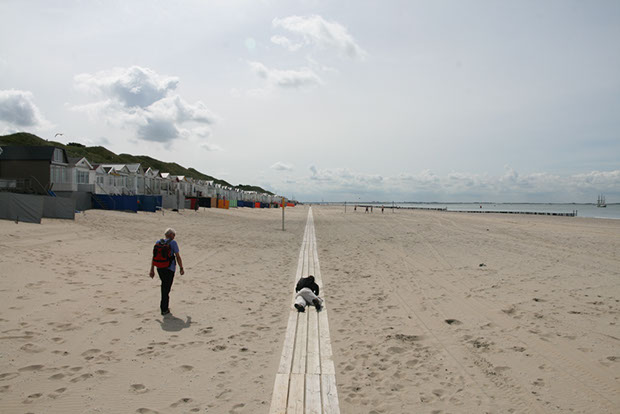 Dishoek Inventory VII: How to think like a mountain

American ecologist, forester, and environmentalist Aldo Leopold first coined the term Thinking Like a Mountain in the non-fiction book A Sand County Almanac: And Sketches Here and There (1949). As a young hunter, he reached a wolf in time to watch “that fierce green fire dying in her eyes. I realized then,” he writes, “and have known ever since - that there was something new to me in those eyes - something known only to her and the mountain.” The wilderness we hunt is what will save the world, to paraphrase Henri D. Thoreau.

Dutch artist Bas Jan Ader (1942-1975) sailed out at sea for his last work, In search of the Miraculous, and disappeared. A few years earlier, in 1971, he documented himself in On The Road To A New Neo-Plasticism, Weskapelle, near Dishoek. Ader was lying in the middle of a cobbled road leading to the local lighthouse, which inspired Mondrian’s shift towards abstract painting.

In an attempt to pay tribute to the aforementioned works, the staged image looks for verticality (effort, tension, adventure) within the horizontal (engineered, smooth, regulated) landscape of Walcheren.

Sophie Krier explores the periphery of design through editorial projects. Since 2008, she edits the self-initiated journal Field Essays, an ongoing research about the relation between making and reflecting in the artistic process. She currently directs the new Art & Design Practice program at University College Roosevelt (NL). www.sophiekrier.com